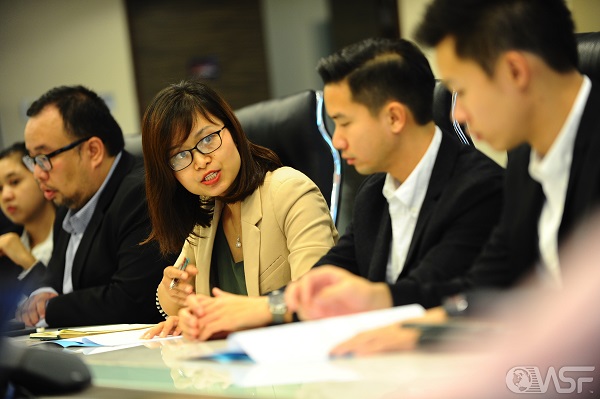 Funding for innovation helps businesses/corporations bring their values ​​closer to the startup world and open up new opportunities for cooperation. As an innovation bridge, KisStartup is offering corporates and enterprises who are interested in sponsoring our innovation projects:

2. Funding potential innovation projects on Net-A-Startup according to the enterprise's prioritization. With hundreds of startups on the platform, with smart classification, we help you find and support potential startup groups within your priorities, for example, the impact-creating startup team, the woman founders.

Starting in 2018, IPN was born to promote innovation activitíe in universities and strengthen the connection between universities with businesses to tackle the challenges of society. After nearly two years of testing, IPN officially changed its name to IRCI - Innovation Research, Commercialization and Industry Network.

During the pilot period, IPN has built a network of students, lecturers, researchers and potential projects from various universities, research institutes.

With IRCI, we center our focus on the following activities:

2. COACHING: Intensively coach potential projects and support them to commercialize their research results.

3. NETWORKING: Expand current network and supporting resources including investment and partnership from an early stage.

We are glad to join hands with universities, scientists who are interested in the program.

In 2020, the kick-off activity of IRCI will be the training course namely Lean Startup for Scientists and the intensive coaching course for scientists who have already completed their research and been eager to put their research results into reality.

A network of innovation ecosystem builders, universities, institutions and businesses joining hands for innovation- with- purpose ideas and projects to flourish and positively impact the community

HOW DID OUR STORY BEGIN?

Our story begins when we work with university talents including students and lecturers in training and coaching for them about innovation and entrepreneurship, we realize that:

(1) Many of the projects and ideas can be turned into impact projects to benefit the community and/or help achieve 17 sustainable development goals. However, not many of them are supported in terms of capacity building, mentoring and coaching to develop their projects.

(2)None in the market is there to help them to connect with business world. At the same time, corporates and SMEs are struggling to find talented people for intra-innovation and market expansion

For further information about the project, please visit: